The KitchenAid Pro 500 KSM500PS Series 5-Quart Stand Mixer is perfect for the small business, avid baker, or a large family. The 5-quart stainless-steel bowl features a handle for easy moving and ample space for even the biggest batch of cookies. Several of its features set it apart from other mixers in its class. Such as the soft start option, which keeps dry ingredients from flying out of the bowl while mixing. The unique mixing action, which ensures evenly, mixed dough by spinning the beater clockwise while the shift-spins counterclockwise.

The Pro 500 Series also sports a safety feature that automatically turns off the mixer in case of an obstruction or overfilling. All in all this mixer is designed for large batches of dough and ease in use.

When researching the KitchenAid Pro 500 KSM500PS Series 5-Quart Stand Mixer online we found 36 reviews, which gave this mixer 4 out of 5 stars. The reviews were strongly positive, however, there were several reviews that highlighted design flaws and issues.

A majority of reviewers agreed that this mixer was powerful and versatile, able to “whip(s) cream in under a minute, yet stirs delicate batters gently as well”. Many reviewers also found this mixer ideal for making bread dough and pizza crusts. The low-speed option was a favorite of reviewers who made bread, as it kept their flower in the bowl and off their kitchen. 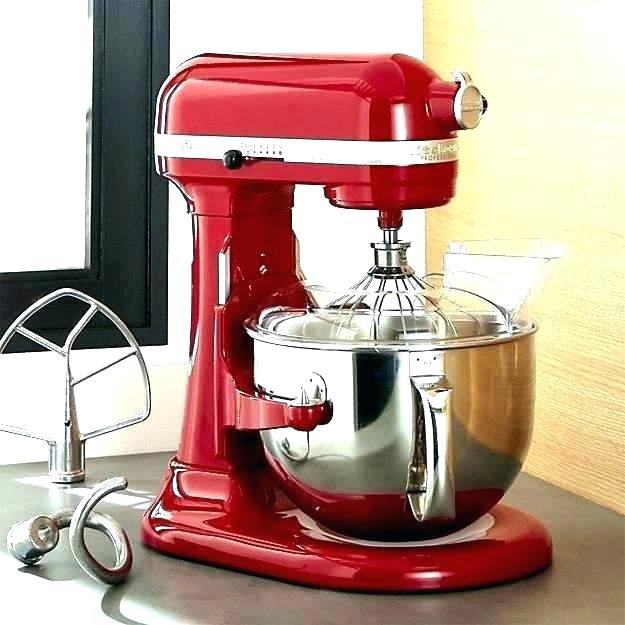 This mixer was constantly called user friendly, with most reviewers having little to no problems in working all the options. One reviewer even wrote, “I can’t say enough wonderful things about this product.” Though some of the negative reviewers claimed this mixer was anything but user friendly. Several reviews reported that the mixer would “hop” when mixing thick dough or large amounts of dough. This problem got so extreme in some cases the customer had to hold the mixer in place to keep it from falling off the counter.

There were also several reports of lemons, or units that just did not work; in most of these cases, KitchenAid replaced the units at no cost. One reviewer however reported that the mixer broke exactly one month after the one-year warranty was up, and KitchenAid refused to replace it. This frustrated the reviewer, as she “never asked it to do anything more difficult than creaming butter and sugar.” However, these lemon reports represented only about three out of thirty-six reviews.

Another common complaint was the weight and size of the mixer unit. Several reviewers reported they had a hard time fitting it under their cabinets on their counters, even though the bowl lowers and the head does not rise. The weight was only ever brought up as an issue if the user was older and had joint issues, or the mixer had to be moved about frequently.

In total the negative reviews were far out weight by the positive, as most of the negative reviews dealt with individual mixers being at fault, and KitchenAid replaced these the majority of the time, or failure to follow the user directions which resulted in problems. Most reviewers agreed this mixer was easy to use and clean and had ample power for whatever they needed to do. Despite the few faulty individual mixers, we feel confident in suggesting this mixer to consumers. If you are in the market for a large, powerful mixer this is a good option.