For people who want to throw their ingredients in a bowl, flip a switch, and then walk away, then you’ll love the Hamilton Beach 6 speed mixer. For the more experimental cooks out there, you might feel limited.

Hamilton Beach 6 Speed stand mixer (63325 – 63326) is the #1 Amazon Choice for Dough Maker under $100 in Home & Kitchen.
It is designed to offer convenience. It saves both energy and time without compromising on performance. The model is similar to other stand mixers produced by Hamilton Beach because it can withstand tough mixing. It can mix the thickest bread and cookie dough. The mixer comes with a variety of attachments to make it easy to mix different ingredients. It provides hands-free mixing. This model is made of steel and weighs about 11 pounds. It is available in black.
With this model, you get the same mixing performance offered by KitchenAid mixer but at a lower price. 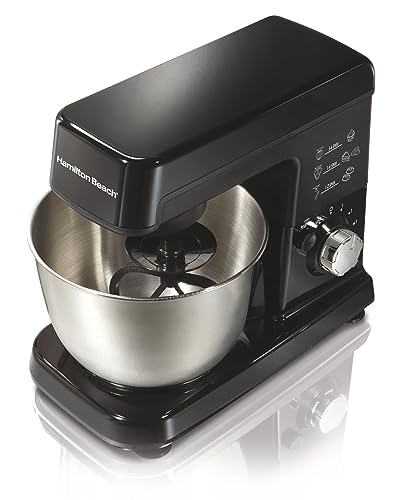 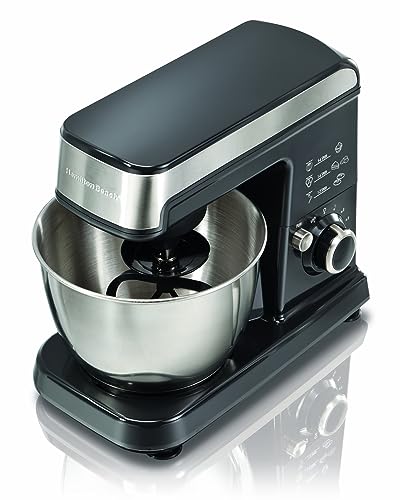 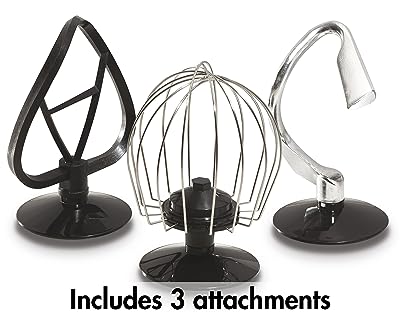 This model has been rated 4.4 out of 5 stars on Amazon. It has 402 customer reviews and 93 answered questions on the site. About 85% of the reviews on Amazon are positive. More than 70% of the buyers gave the product a 5 star rating, which is the highest on the scale.

According to one customer, this Hamilton beach stand mixer offers great value. The customer added that she has researched several mixers before purchasing this model and it has definitely lived up to her expectations. She say that she has used it to make bread and its overall performance is impressive for its price.

In light of the consumer reviews, this mixer definitely gives value for money. Hamilton Beach 6 speed stand mixer has an impressive design. It is light in weight and compact and this makes it easy to move it around and use it in kitchens with limited space. Its motor also stands out because of its ability to offer enhanced mixing when compared to the motors found in other models. With this model, you get comprehensive bowl coverage. This Hamilton beach stand mixer provides speed options to allow you to control the mixing process. You do not have to worry about making a mess when mixing ingredients because you can simply select an appropriate speed. It has three attachments that provide mixing versatility.

The Hamilton beach stand mixer is the best choice if you are looking for an affordable mixer without compromising on mixing performance. This is a versatile model that will make it easy for you to prepare various recipes. Its unique features make it convenient to make cakes, breads and cookies.